The Panorama Vista Preserve and the Kern River provide habitat for a variety of wildlife in addition to birds. Mammals such as coyotes, beavers, jackrabbits, cottontails, and bobcats have been spotted as well as reptiles like lizards and an occasional snake plus a diversity of invertebrate life. 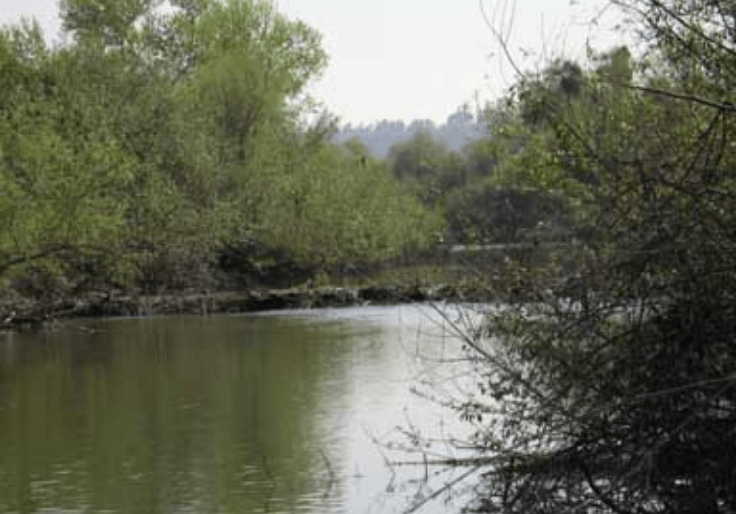 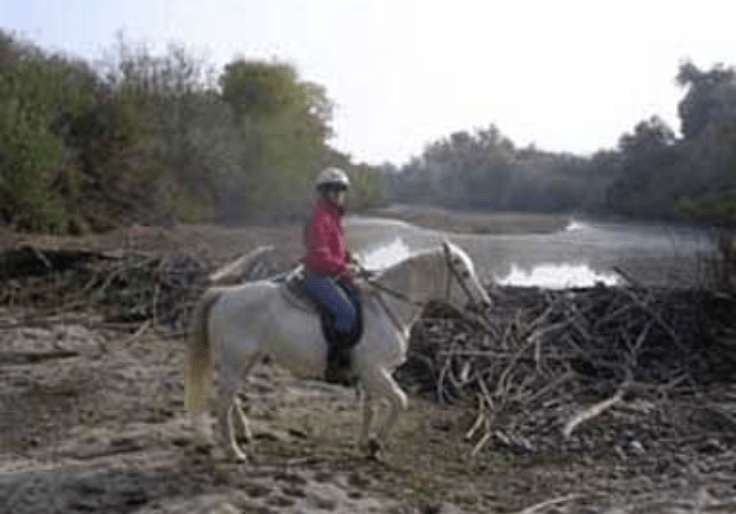 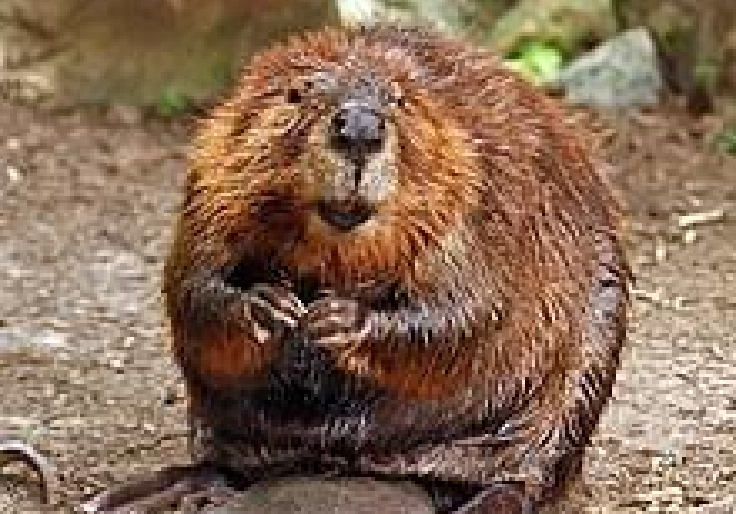 Castor canadensis ssp. leucodenta (Gray Beaver) is the species of beaver found in California; twelve other species are found in North America. (USDA Forest Service)
Beaver dam across the Kern on the Preserve in March 2007 and in November 2007. 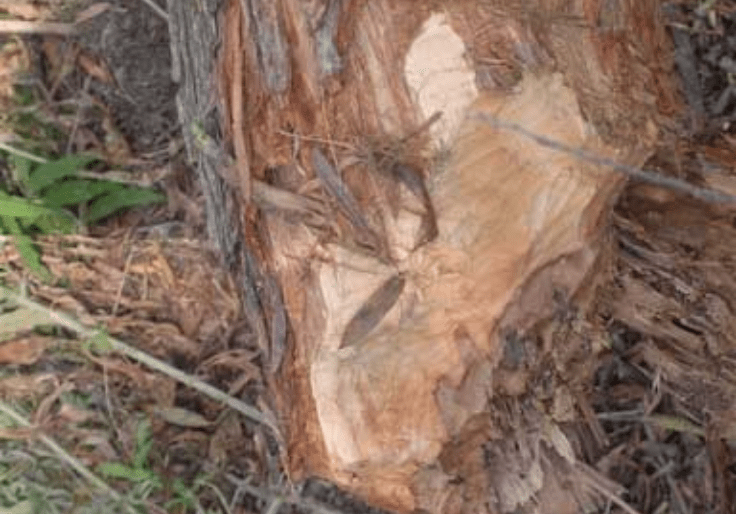 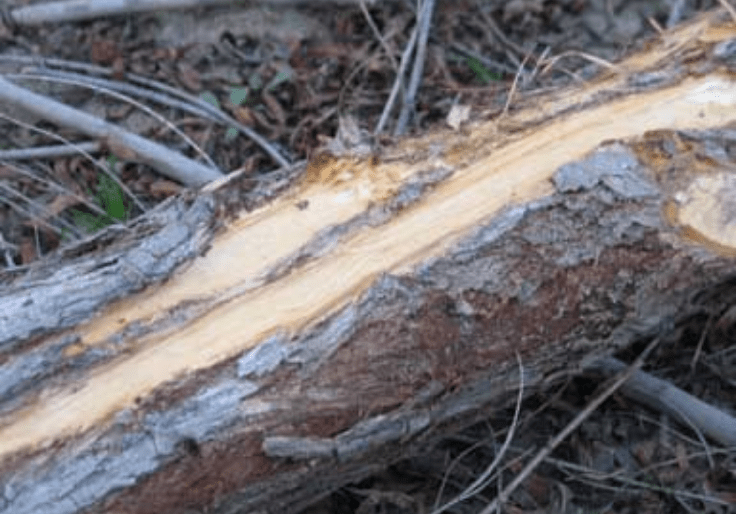 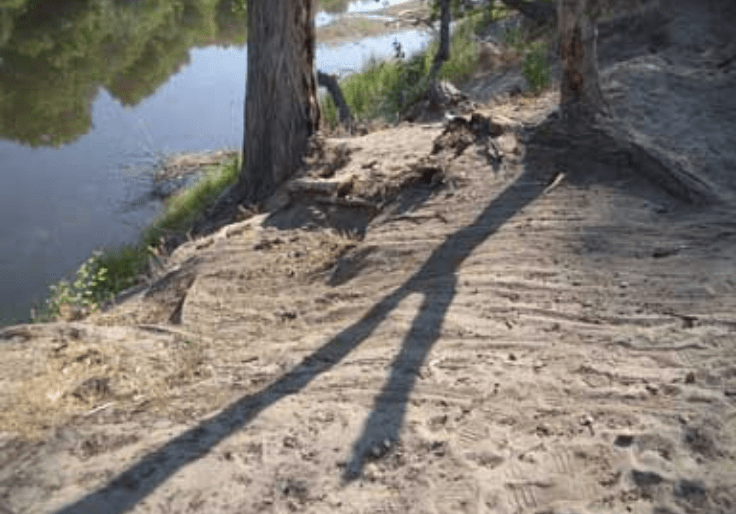 Beavers eat only the inner bark of trees such as this cottonwood. They carry branches from fallen trees off to their dams and eat the bark later. This tree fell over not long after this picture was taken. (Photo by Janis Freed).

Bark has been peeled off in long strips by the beaver’s large incisors. Beavers like willows as well as cottonwood, but they also eat a variety of aquatic plants.
Drag marks of a beaver’s tail or of tree branches.

Drag marks of a beaver’s tail or of tree branches. 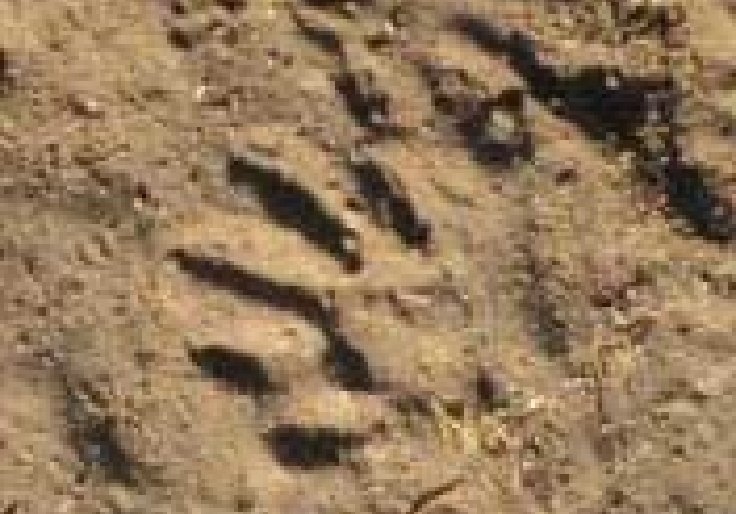 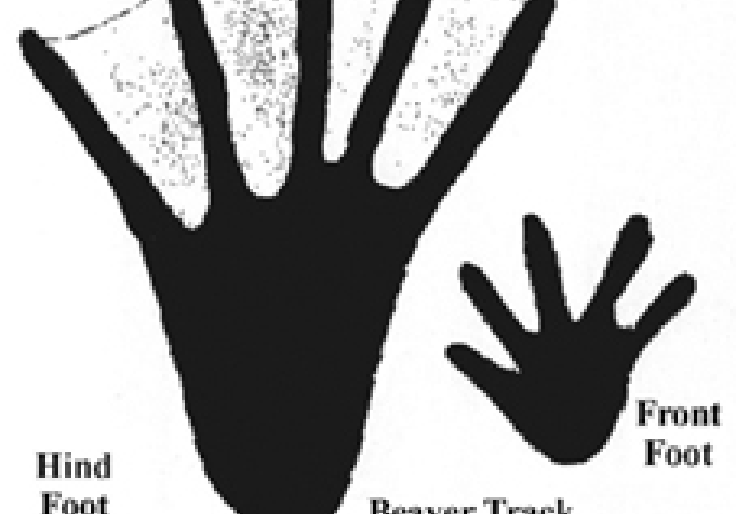 Animal tracks up the sandbank from the river. In the outline is a print that resembles the front foot
track in the drawing on the right. 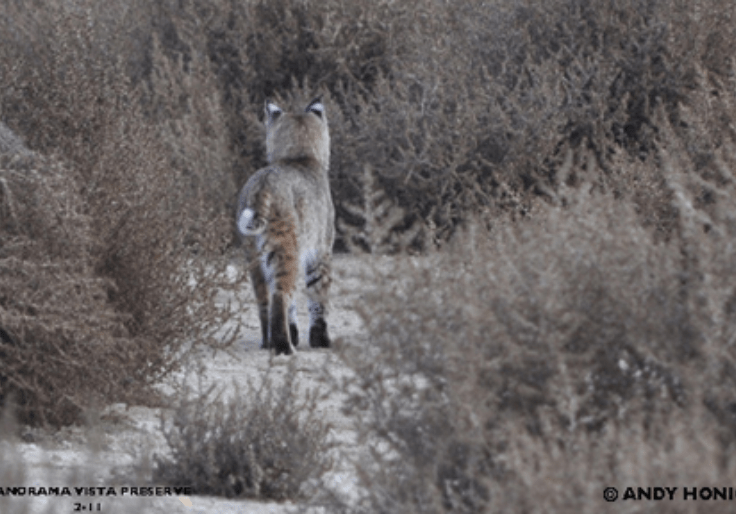 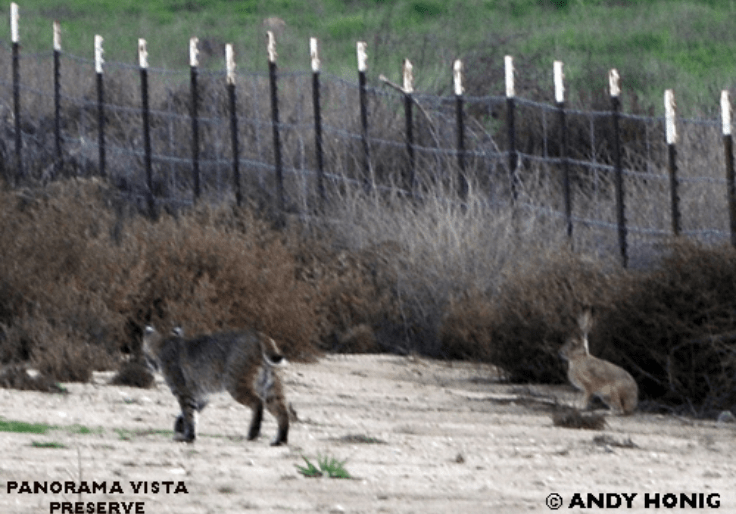 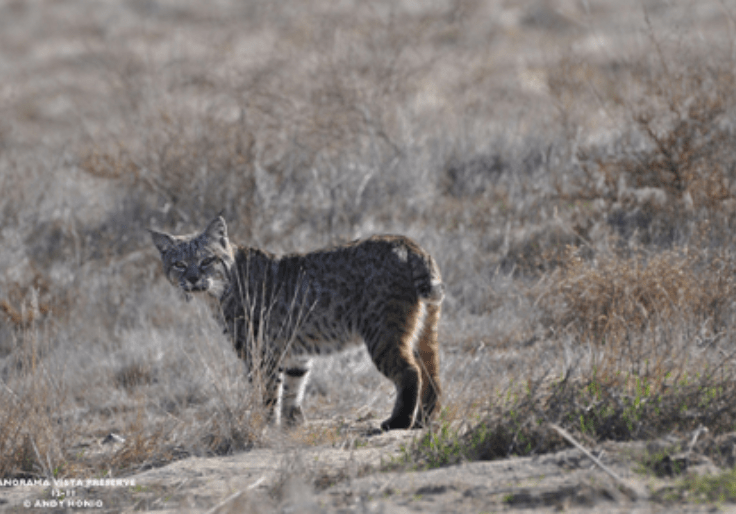 Lynx rufus california is one of a dozen species of bobcats found from Canada into southern Mexico.

In size, bobcats are about twice as large as the domestic cat (males 14-40 lbs, females 9-34 lbs). A yearling may weigh around 10 lbs. It has a distinctive gait because its hind legs are longer than its front legs.

In spring and summer, it hunts during the early hours of dawn or at twilight but during fall and winter it may come out during the day because its prey is more likely out than if the weather is cold. It is strictly a carnivore and lives off rabbits, hares, mice, and other rodents, which may put it in competition with coyotes when their ranges overlap. 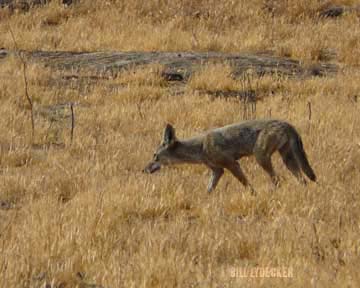 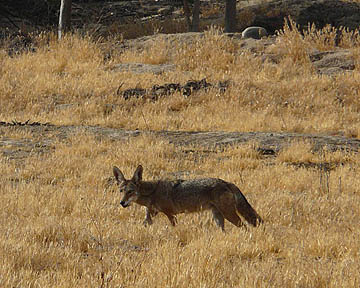 These two coyotes were spotted in a grassy field between the Kern River and the Carrier (Kern Island) Canal, early September 2008. A mother and two cubs were sighted several times in the same general area in the spring. Family members may travel together, as these two are. 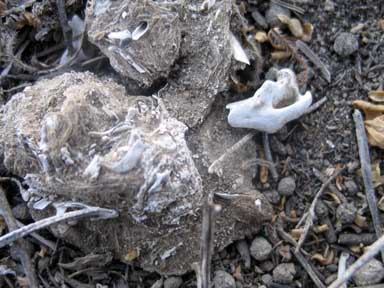 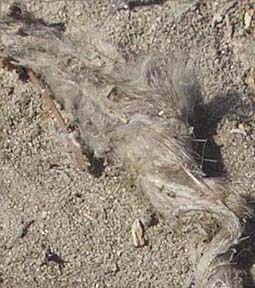 This clump of coyote scat, which is lying on top of what appears to be rabbit droppings, has various tiny bones embedded in it — a rabbit dinner one evening? (Right) There is plenty of fur in this scat.

The “calling card” of, perhaps, a skunk or raccoon. This scat is studded with small reddish seeds.